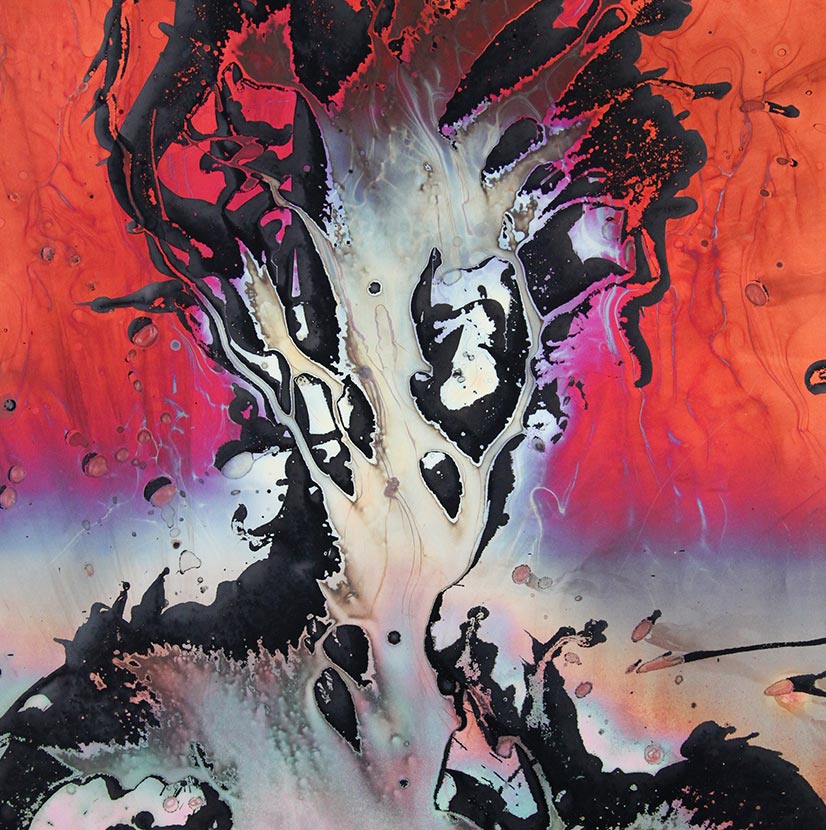 Born in 1932 in Hespérange, Luxembourg, Arthur Unger lives and works in Luxembourg.

Arthur’s work has been exhibited all over the world in important spaces such as the Guan Shanyue Museum of Modern Art in Shenzen where he had a retrospective exhibition that travelled to the Liu Haisu Museum of Modern Art in Shanghai. As well as at the Cultural Centre of the Grand Duchy of Luxembourg, in Berlin, at the Barblé Centre in Strasen, Luxembourg, at the Millennium Museum in Beijing and in several galleries.

In 1971, he was awarded the Grand Duke Adolphe Prize. Michel Tapié, the famous French critic, curator and collector, deeply interested and amazed by Unger’s work, wrote most of the forewords to Arthur’s exhibitions. Arthur is a wanderer, interested in culture in general and artistic techniques. Unger’s inquisitive nature was inspired by his travels, mainly in Africa, where he lived for many years.

Arthur studied management and administration. As a young man he went to the Congo where he lived with the Lunda and Baluba tribes. This experience had a great influence on his work. After five years he moved to Paris and made his first watercolours and drawings. After a few years, he returned to his native region where he began to develop his own techniques, in particular what he called « pyrochemograms on copper ». By a process which is his own – and which he keeps « secret » – he treats copper sheets, on which he paints them with Indian ink and then, under the influence of a flame, he treats the sheet and the paint and creates incredible shapes and colours. Some of his leaves are more than 4 metres high.

Looking at Unger’s works, one feels the overwhelming heat of the countries surrounding the desert. At nightfall, one can hear a distant drum and the haunting chants that surround the ritual dances.
The light of the fire makes the shadows dance on the masks. It is these furtive moments that Arthur Unger manages to capture and transmit to us.

Arthur Unger’s artistic life is – as much as by fire – inspired by water. Driven by the power of Asian calligraphy, which he has mastered, the artist takes us into a celestial universe with his Chinese inks. Here again, he has developed a very special process, which he also keeps secret. The power that arises from his work with water is striking. There is a permanent confrontation of the materials – earth – air – water. 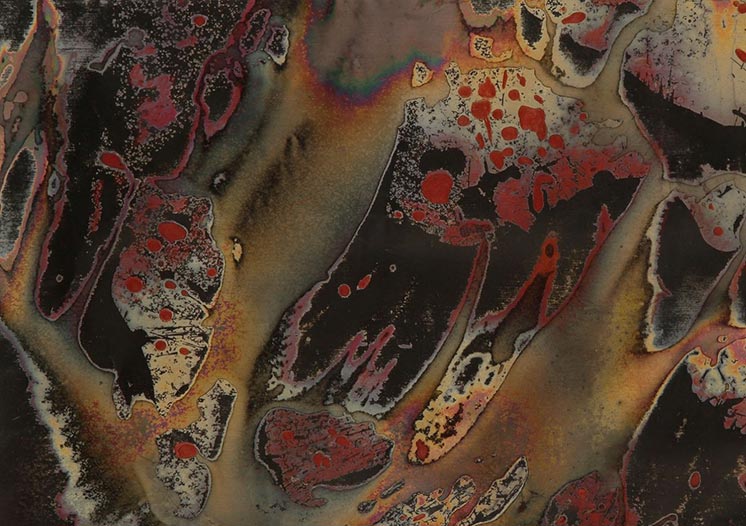 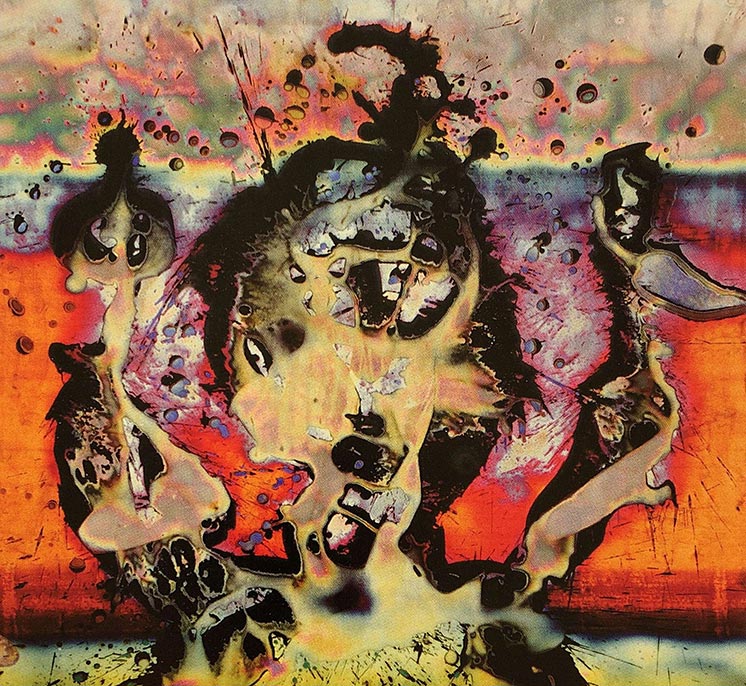 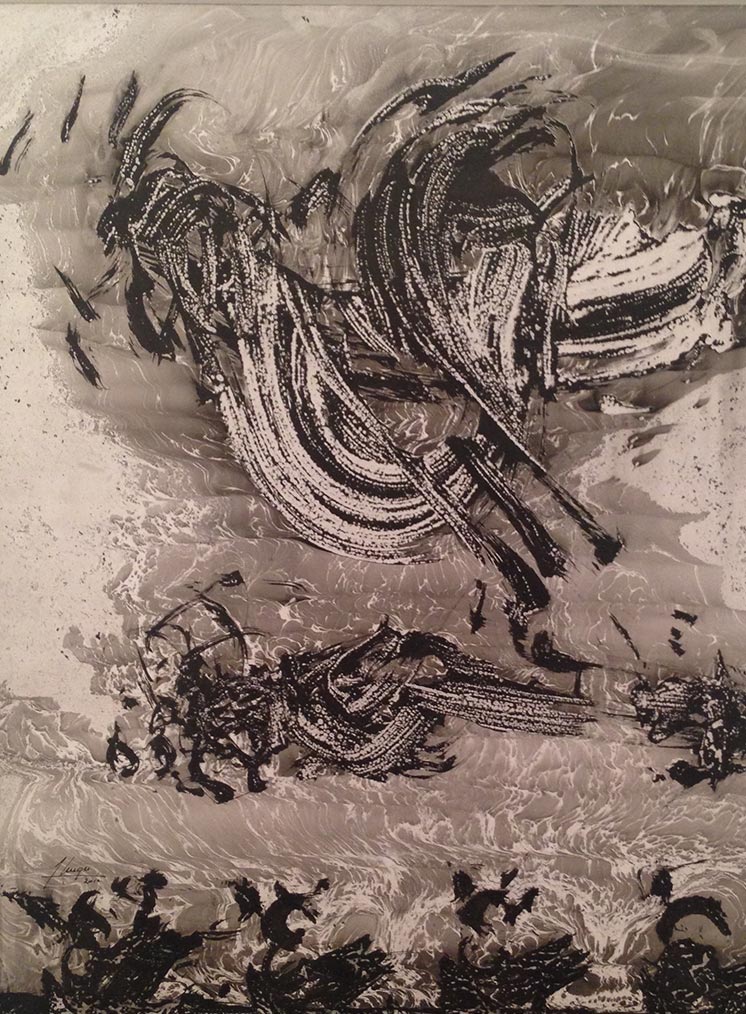 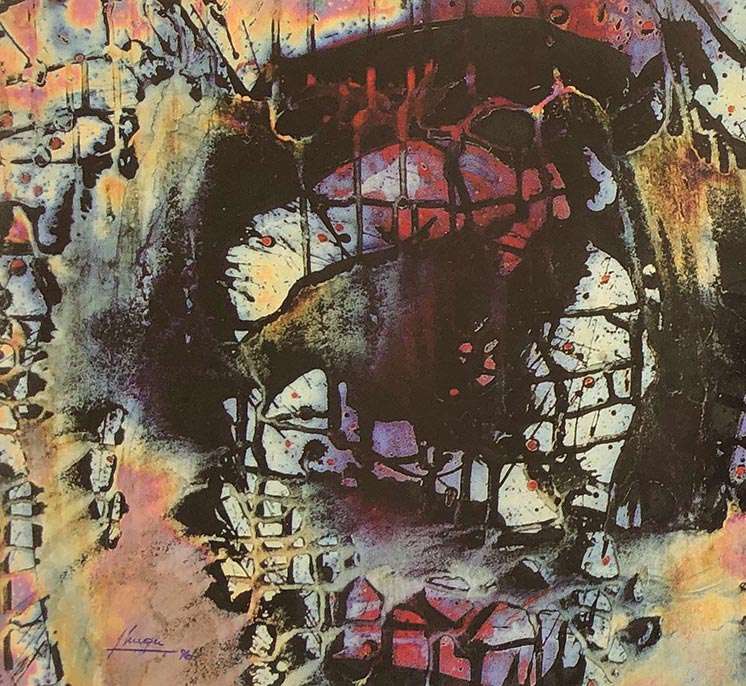