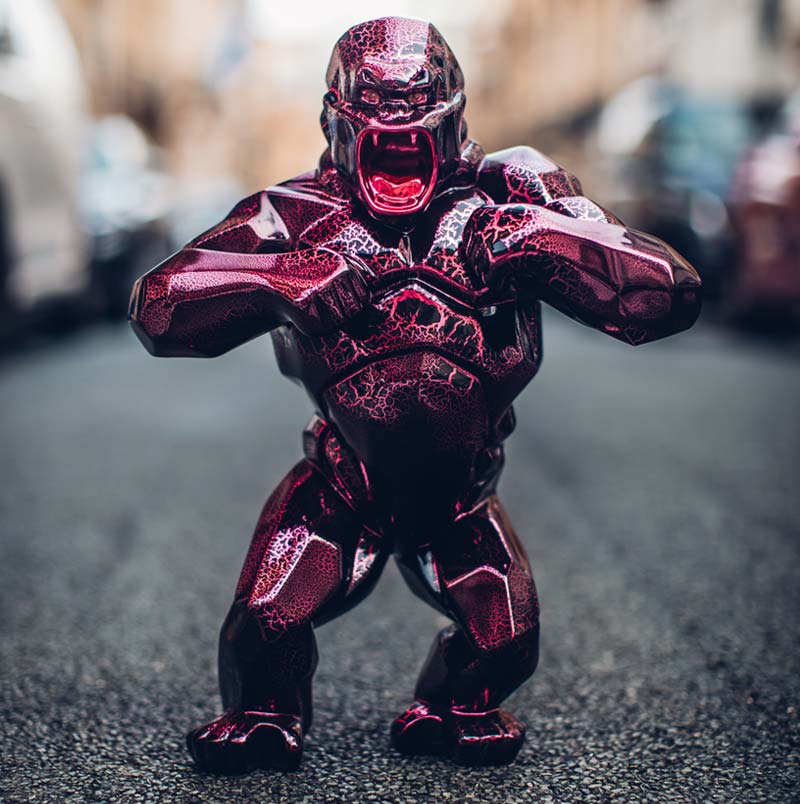 In 2007, Richard Orlinski decided to devote himself to art. Inspired by pop culture, it all started with a crocodile made of red resin, which the sculptor exhibited during the film festival in Deauville (France). He then began to create an ever-expanding, colourful pop universe, and his brightly-coloured wildlife became famous around the globe. His spectacular, oversized animal sculptures – lions, wolves, deer, gorillas or polar bears – appear proud and defiant, but also symbolise friendliness and freedom. In 2015, Richard Orlinksi became the best-selling French contemporary artist in the world.

Richard Orlinski is inspired by the philosophy of making art accessible to everyone, and he likes to show his works in unexpected places in public. Exhibiting in communal places or in the great outdoors has become his trademark over the years. Richard Orlinski was appointed « Officier de l’Ordre des Arts et des Lettres » by the then French Minister of Culture, Roselyn Bachelot-Narquin, in 2021. An accolade for artists in France. 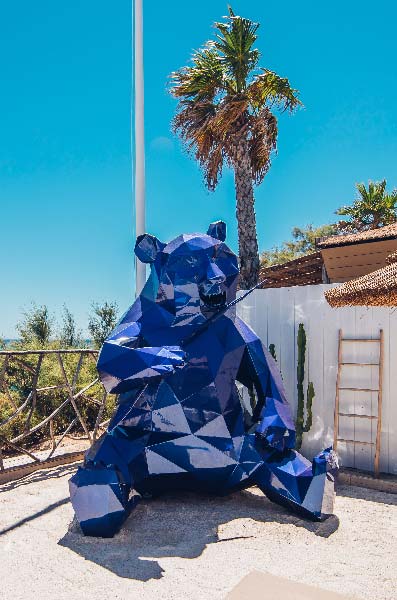 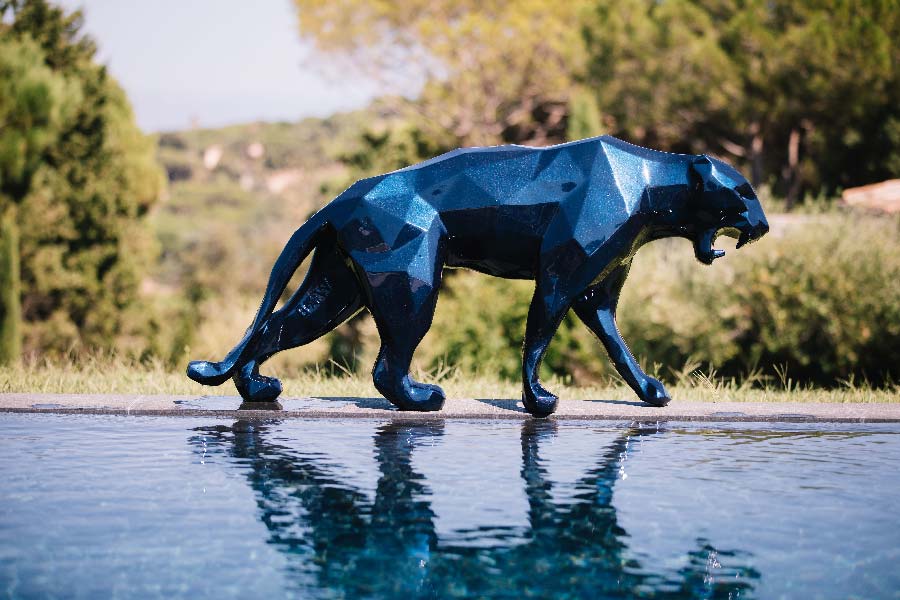 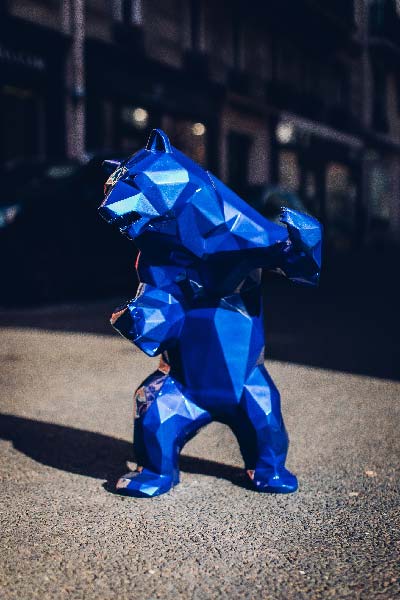 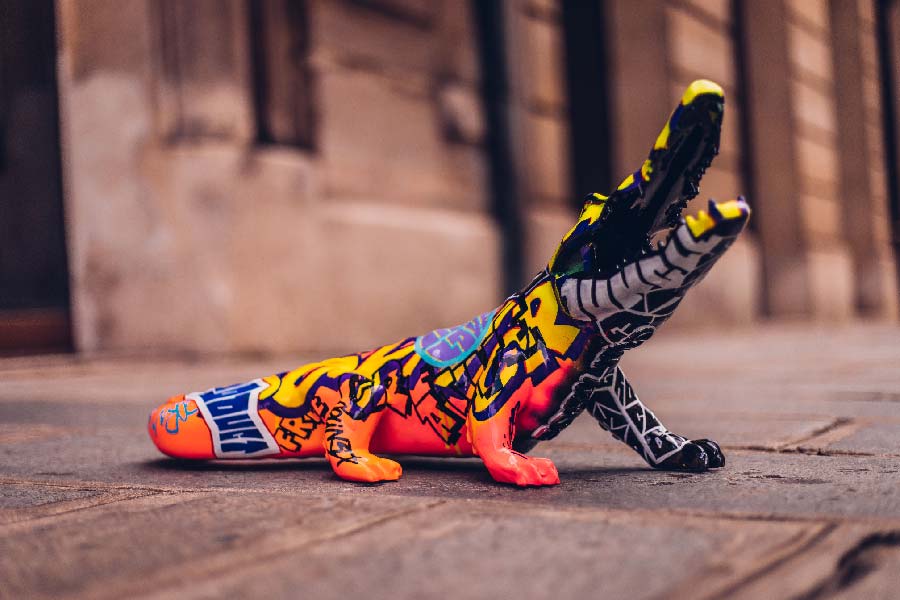 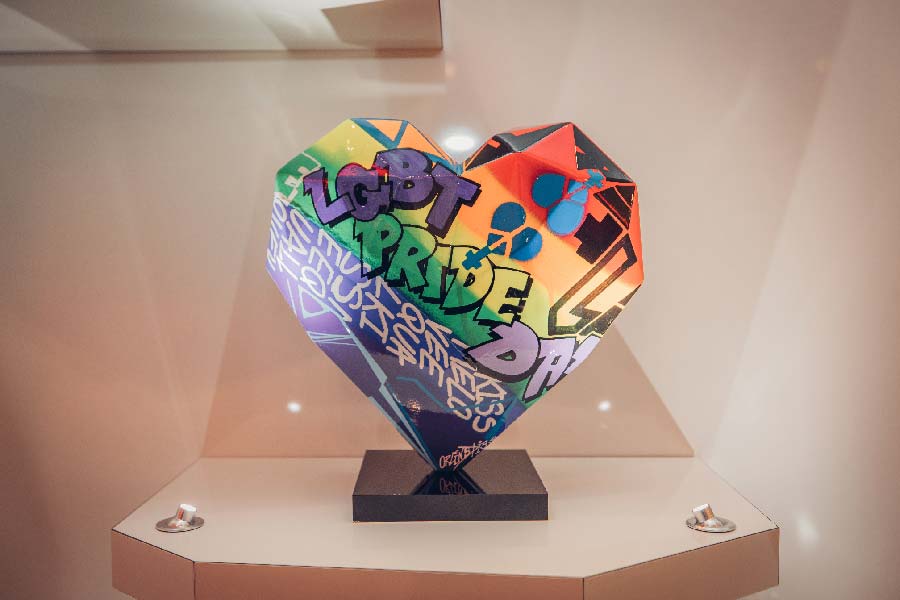